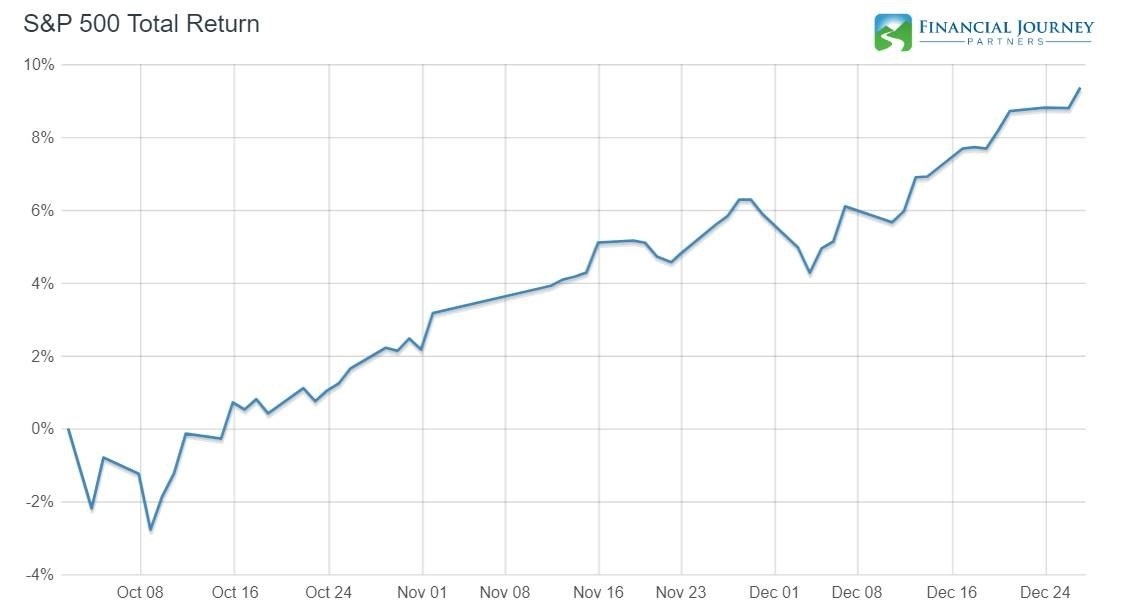 Since October 8, 2019, the US stock market has rallied. Could it be increasing earnings of US companies, growth in the US GDP, political factors or actions by the Federal Reserve? Let’s take a look at these factors to see which ones may be contributing to the rally.

One possible reason for the rally could be increasing earnings of US corporations. On November 15, 2019, FactSet reported Q32019 declined -2.3% compared to Q32018. This marked the third straight quarter of year-over-year declining earnings. It is the first time this has happened since Q4 2015 through Q2 2016. For Q4 2019, 60 S&P 500 companies reported negative EPS guidance and 27 S&P 500 companies issued positive EPS guidance. On December 13, 2019, FactSet reported the estimated earnings decline for the S&P 500 for Q4 2019 is -1.3%. So we think it is unlikely that earnings were a strong driver of the rally.

Next, let’s take a look at US Gross Domestic Product. The chart below is the percent change from the previous quarter of the US GDP from the U.S. Bureau of Economic Analysis.

GDP growth increased from 2.0% in the second quarter to 2.1% in the third quarter. The Economic and Business Forecast from Chapman University estimates the annual US GDP growth to finish 2019 at 2.3-2.4% and decline in 2020 to 1.9%.

US GDP growth does not seem to explain the increase in the stock market at the end of 2019. 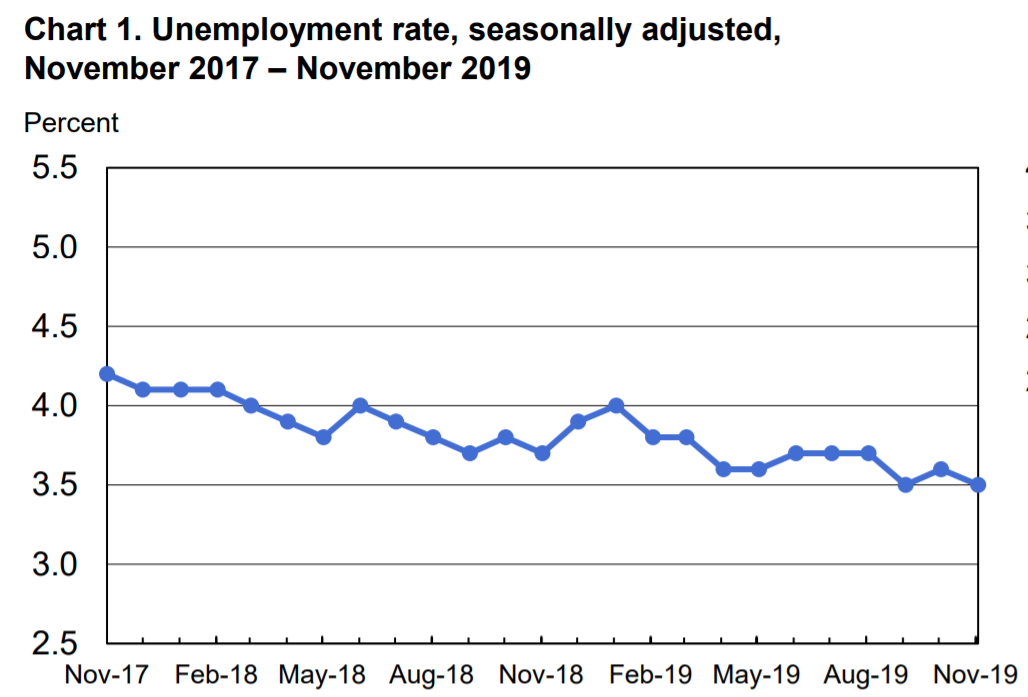 The US political climate continues to be very focused on the Impeachment Process for President Donald Trump. The House of Representatives passed 2 articles of Impeachment in late December. But Speaker of the House, Nancy Pelosi, has refused to send them over to the Senate for a hearing until Senate Majority Leader, Mitch McConnell and Speaker Pelosi, reach an agreement on the process to be used in the Senate.

Regarding trade, the House of Representatives approved a revised USMCA trade agreement with Canada and Mexico on December 19, 2019. The bill will move to the Senate next year for their vote. This bill is expected to be an improved trade agreement over NAFTA, which it will replace. This is a significant positive and CNBC reported on 12/27/2019 that this might add 1.2% to GDP.

Also, the SECURE Act was signed into law on December 20, 2019. It will provide some reforms to workplace retirement plans and expand retirement savings. Some of the big news is as of 2020 it delays Required Minimum Distributions to age 72 instead of 70 ½. And it allows people to add to their IRAs beyond age 70.5. But it also forces non-spouses to remove all proceeds from inherited IRAs within 10 years.

While the past few months have shown strong divides between the Republicans and Democrats in Washington on the Impeachment Proceedings, there has been positive movement on trade and retirement reforms. Additionally, the political campaigns are ramping up for the candidates for the 2020 Presidential campaign. So far, the stock market has tended to move very little on a day to day basis as the political news is announced.

The Federal Reserve was reducing its balance sheet by selling government bonds. This has the effect of pulling money out of the financial system. In January 2019, the Federal Reserve reversed their policies by announcing they did not plan any further rate increases. Then in June 2019, they announced that they would support the US economy as needed and they reduced interest rates 0.25% in July, September and October.

In September 2019, the Federal Reserve stopped selling government bonds and began a program of large purchases of government bonds (more than $380 Billion) from September through the end of 2019. This has the effect of pushing money into the economic system and when they did this in 2013 and 2014, the US stock market experienced a steady rally through this period.

The chart below shows how significantly the Fed has increased their balance sheet in such a short period.

When we look at the factors above, we believe that the strongest factor contributing to the rise in the stock market during October through December 2019, is the US Federal Reserve, which lowered interest rates 3 times in 2019 and purchased billions of dollars of government bonds. There are positive signs in the US economy, with growing GDP and low unemployment, but we do not believe that was enough by itself to keep the stock market moving up as it has in recent months. The steepness of this rally seems to point to the Fed intervention.

While we are watching all the factors above, we are well diversified for this market and keeping a close watch on the Federal Reserve in 2020.